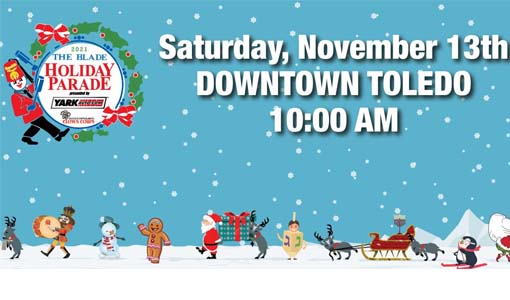 The 34th annual Blade Holiday Parade, presented by Yark Automotive Group in conjunction with the Distinguished Clown Corps, will step off at 10 a.m. Saturday, November 13, and it promises to be bigger, brighter and better than before.  Last year’s event was canceled because of health restrictions.

Leading the parade will be Grand Marshal Oshae Jones, a bronze-medalist boxer at the recent Summer Olympics in Tokyo.  Jones, who competed in the welterweight division, became just the third American woman to medal in the sport. The Scott High School graduate’s accomplishments also include being a three-time Elite National champion and a 2019 Pan-American Games champion.

Be part of the holiday season kick-off by having a unit in the parade or becoming a volunteer. Contact Heather Pacheco at 419-724-6280 or hpacheco@toledoblade.com.

The parade begins at the corner of Summit and Jefferson streets. For the parade route, event updates or more information, visit the event webpage below.