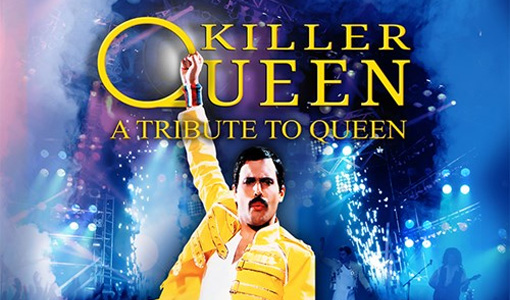 We Are the Champions is an anthem we have all relished while our team celebrates a victory. Freddie Mercury and Queen gave us so many of these power songs that evoke feelings we often associate with certain life events. In 1993, after the passing of the legendary Mercury, Patrick Myers put together a band to pay tribute to the mythic singer. From the UK, Killer Queen’s first gig was at London University, where Mercury himself once played. They immediately gained a following. Since then the band has honored Queen’s memory by playing giant stadiums worldwide.

Killer Queen is no stranger to our riverfront. On their last visit to Toledo the crowd erupted, with fans begging for more. We were disappointed that the pandemic grounded them from our 2021 lineup, so we eagerly welcome them back to Promenade Park for their much anticipated 2022 tour.