It’s September in Toledo and that can only mean one thing. University of Toledo Rocket football is back with an exciting new season schedule lined up! Whether you’re a Rocket fan or just love a great rivalry, we guarantee a good time. Here’s our Top 5 reasons to experience a 2022 UT Rocket home football game. 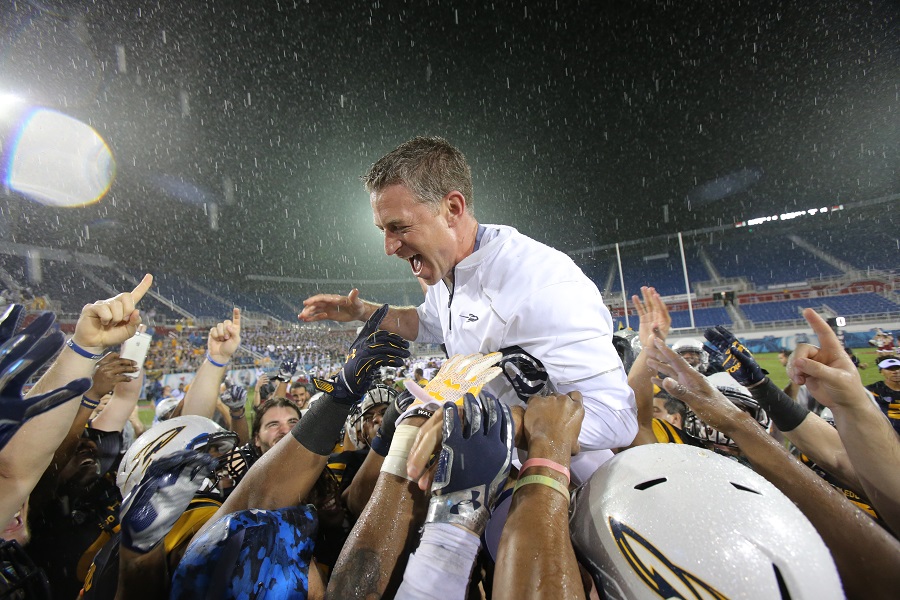 The Toledo Rocket football team, students and alumni and are proud and honored to showcase the Glass Bowl Stadium to the visiting team and fans! Originally built in 1937 as part of the government Works Project Administration project, the Glass Bowl has gone through several renovations throughout the years and currently features 26,248 seats, a three-story press box, 45 luxury suites, a 400-seat Stadium Club, sports information offices, and the Larimer Athletic Complex. The three-story press box, the second largest in the nation, was the greatest improvement in terms of upgrades, as the former press box was barely 30 feet long and could only hold 50 people.

The most recent upgrade occurred in 2016 when a $3.5 million renovation took place including replacement of the field turf, changes to the facade, updating concessions, restrooms, locker rooms, and ticket booths. 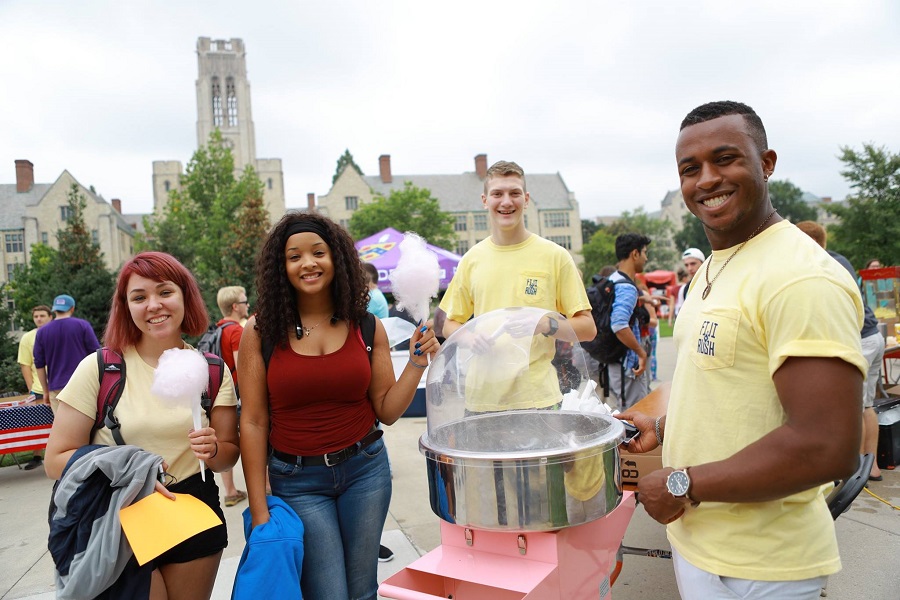 Tailgating at the University of Toledo is a longstanding tradition, and visitors are excited to see firsthand that Rocket fans know how to throw a party.  You will find every available lot filled with camaraderie, grilling out and fans just having a good time. And the party doesn’t stop when the game starts. The Glass Bowl now sells beer, so the celebration can continue inside the stadium! Feel free to stretch your legs during half-time as fans are permitted to leave the stadium and re-enter, unlike many other university sporting events. 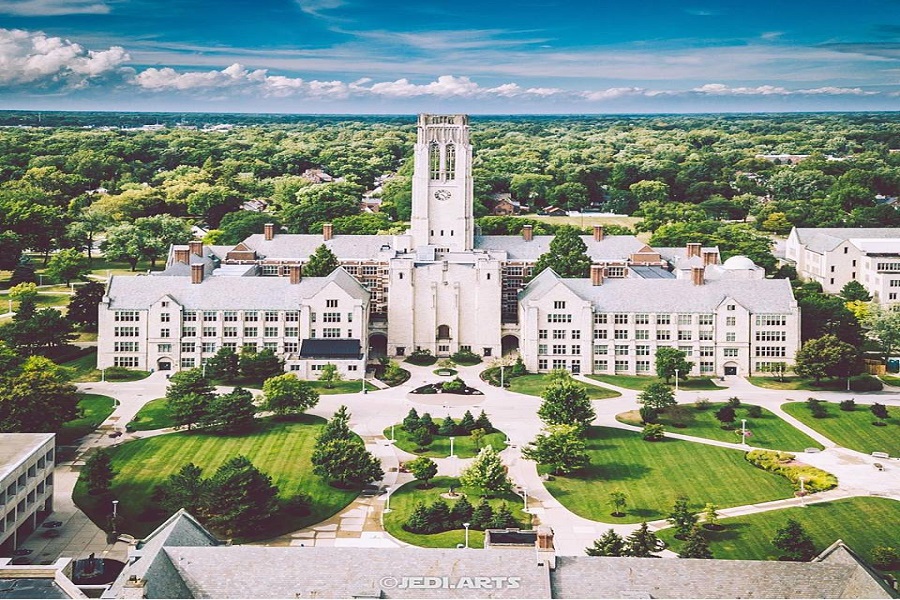 University Hall on the main campus.

If you’ve never visited the University of Toledo, we guarantee you will be impressed by the campus! Located in the Old Orchard neighborhood in west Toledo, the iconic University Hall greets visitors with its Gothic architecture style that is mirrored throughout the University.

Built in 1931, U-Hall was the first building constructed on the main campus. Heading by foot or car into the main entrance off W. Bancroft Street, you’ll pass by the Ottawa River that runs through the beautiful college grounds filled with plenty of mature trees and green space. Visit Football Fan Central for all the ins and outs a first-time visitor needs to know! 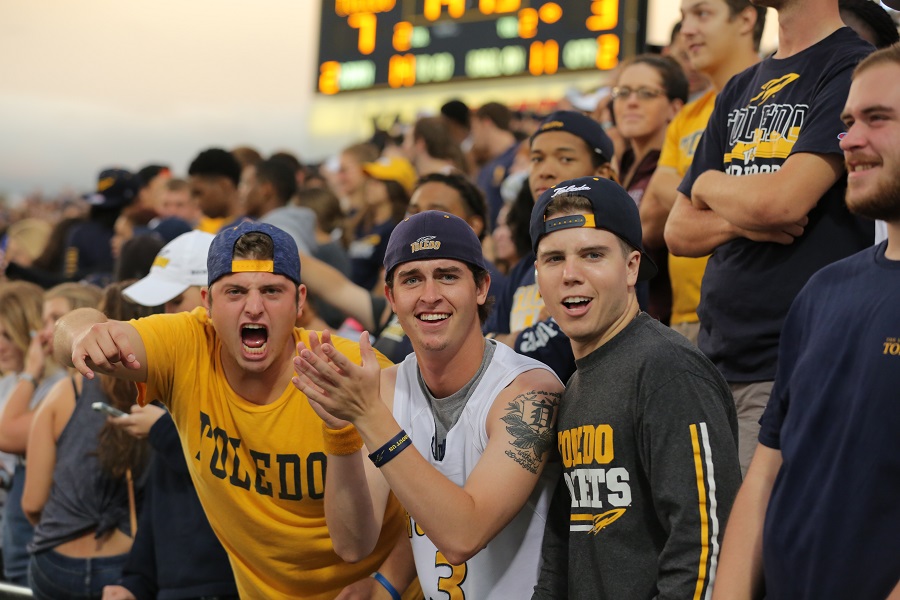 Fans cheering on the Rockets.

Toledo Rocket Football is perfect for a day of fall family fun. You will find plenty of cornhole competitions throughout the day, and don’t forget to bring your football to toss around with the kids. There are plenty of family activities planned during the season including the Homecoming game versus Central Michigan on October 1. UT Family Weekend features the Fall Festival October 15 for the Kent State game with live music, free food, face painting, spooky campus tours, tailgating games, a photo-booth, visits from the marching band and cheerleading squad, and an opportunity to meet some of our favorite Toledo Mascots! Check out the special events taking place during each home game. 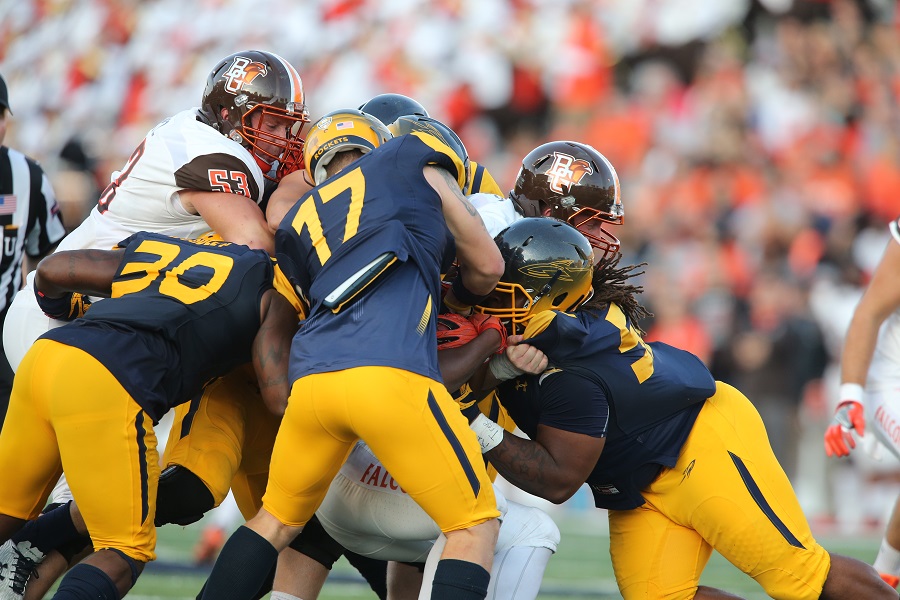 The Rockets are excited to face off against the Big 10 Conference on September 17 when they head to Columbus to play Ohio State. Toledo will host this year’s “I-75” rivalry against Bowling Green State University on November 15, one of the best known rivalries in the Mid-American Conference. The entire game schedule includes: 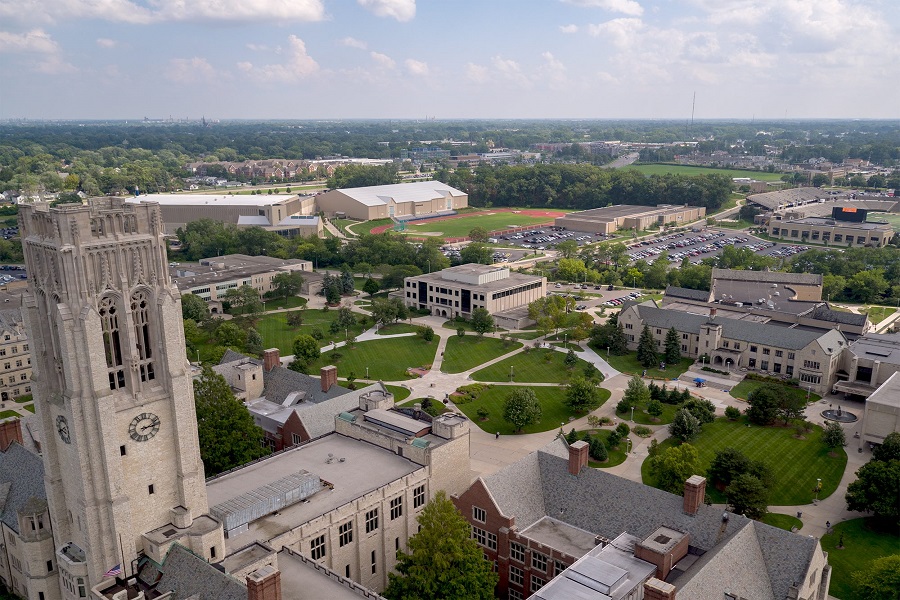 Overview of University of Toledo campus.

Whether you’re a native Toledoan, a UT Alum or a visitor, you are welcome at the Glass Bowl Stadium. So don your midnight blue & gold or opposing school colors and join us for a game!