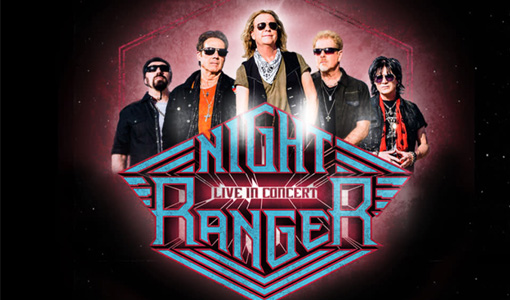 With legendary titles like Sister Christian and Don’t Tell Me You Love Me, Night Ranger has proven its knack for killer melodies, intricate instrumentation and captivating lyrics. They have earned widespread recognition that includes multi-platinum and gold album status, leaving their mark on the music industry with a long list of best-selling albums.

Having sold over 17 million albums worldwide, performed across more than 4,000 stages and captivated a radio audience exceeding 1 billion, they have both epitomized and transcended the arena rock sound and style well beyond that era. In 2021, Night Ranger released their 12th studio album ATBPO (which stands for And The Band Played On), an ode to making music during the Covid-19 era. The album’s single, Bring It All Home to Me, proves the band is still burning with high-octane hard rock energy.