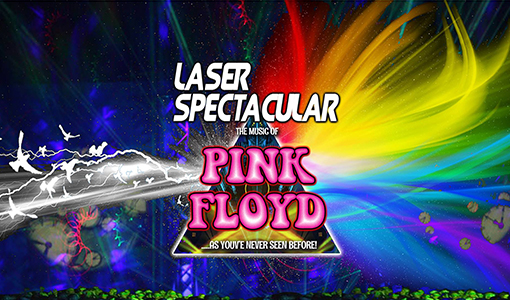 After 30 years of touring, Paramount’s Laser Spectacular has become a cult classic, presenting the music of Pink Floyd like you’ve never seen it before. Surrounded by 50,000 watts of concert quality sound, Pink Floyd’s musical legacy continues as the band’s concept music captures the imagination, and carries listeners away on a mind-expanding journey driven by cutting-edge effects. Colorful lasers and lighting effects parallel the sonic journey, as the senses are confronted with an array of glowing visual displays choreographed to the soundtrack, during the 2-hour-and-20-minute show.

THIS YEAR’S SHOW CELEBRATES THE 40TH ANNIVERSARY OF DARK SIDE OF THE MOON. THE SHOW ALSO FEATURES THE CULT CLASSIC SYNCHRONIZATION OF DARK SIDE WITH THE WIZARD OF OZ!