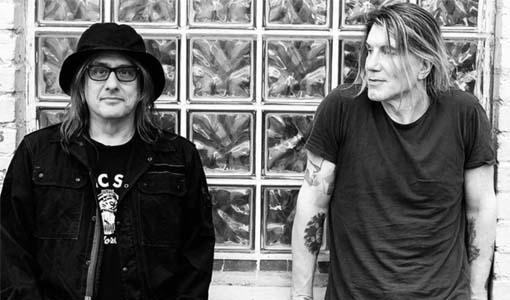 Four-time Grammy-nominated, multi-platinum selling band Goo Goo Dolls have announced fifteen additional dates for their Summer 2022 North American tour. Earlier this year, the band released a brand new compilation album, Rarities, a retrospective collection of 20 songs spanning more than a decade of their career. Containing songs that span 1995 to 2007, Rarities explores a prolific period during which the band released several chart-topping hits, ascended to mainstream stardom and cemented their footing as one of the most influential rock bands in recent memory. The double LP features numerous tracks never before released on digital streaming platforms or any physical format, including b-sides, live songs, acoustic renditions, radio performances, international releases and additional non-album tracks. Blue October will provide support for the entire run and tickets for the new dates.

Important additional info for concert patrons:
- Concerts are rain or shine. Umbrellas are not permitted (rain ponchos are allowed). No bottles, cans, food, or professional cameras are allowed.
- The Toledo Zoo is not responsible for booking the Summer Concert Series, nor are we responsible for canceling them due to weather. Unless otherwise determined by LiveNation, refunds will not be given in the event of rain.
- While Will Call tickets are available at both the Anthony Wayne Trail entrance and the Broadway entrance on concert nights, we recommend using the Anthony Wayne Trail entrance for your Will Call tickets.
- On concert days, ticket sales are available at the Broadway Street box office (entrance gate) at 6 p.m. Doors open one hour before the performance starts.
- We recommend that you use our main parking lot off Anthony Wayne Trail (OH25) for easier access. We also recommend that you arrive early for parking so you have time to walk to the Amphitheatre from the Anthony Wayne Trail entrance. Click here to see a detailed map.