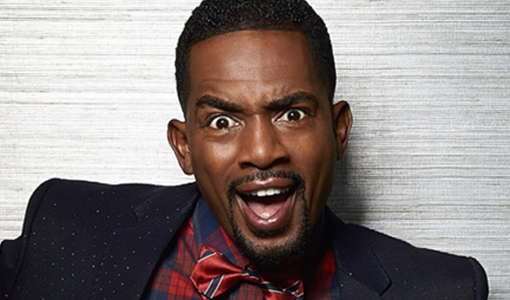 Bill Bellamy at the Funny Bone

Bill Bellamy has been a staple in the world of comedy, performing hundreds of shows to sold-out audiences across the country over the last decade.

Bill returns to television this fall starring in the sitcom Mr. Box Office with Jon Lovitz, Gary Busey and Vivica A. Fox which is airing nationally in syndication. His hit Showtime special Crazy, Sexy, Dirty is now available on DVD. It’s one of the network’s highest- rated comedy specials of the year and received rave reviews from both fans and critics alike. He continues to work on feature films and just wrapped production on the comedy Sleeping Around with Wendi McLendon-Covey (Bridesmaids).

In 2005, he released his debut comedy DVD Bill Bellamy: Back to My Roots,which showcased his hilarious perspective on dating, politics and the overall state of America. For two seasons, he hosted the hit comedy competition series Last Comic Standing” and for five years hosted MTV Jams. He was also the host and executive producer of the ground-breaking TV One comedy competition series Bill Bellamy’s Who’s Got Jokes?

He made his feature film debut in 1997 in the critically acclaimed romantic comedy Love Jones. Bellamy successfully followed that with his leading-man debut in the hit comedy, Def Jam’s How to be a Player and co-starring roles in Oliver Stone’s Any Given Sunday, Love Stinks and the comedy hit The Brothers.

His first national television appearance was as a featured guest on Showtime at the Apollo which was followed by HBO’s Def Comedy Jam. Soon after, Bellamy starred in his own Showtime comedy special Booty Call, which became one of the network’s top-rated specials. His television series work includes starring in McG’s FOX drama Fastlane and the WB sitcom Men, Women & Dogs, and voicing the lead character Skeeter in Nickelodeon’s hit action-comedy series Cousin Skeeter. Bellamy also co-starred in the TBS movie Getting Played, opposite Vivica A. Fox and Carmen Electra.

The eldest of three children, Bellamy grew up in Newark, New Jersey. While at Rutgers University, he entered a male beauty pageant and won after he showcased a hidden talent comedy.