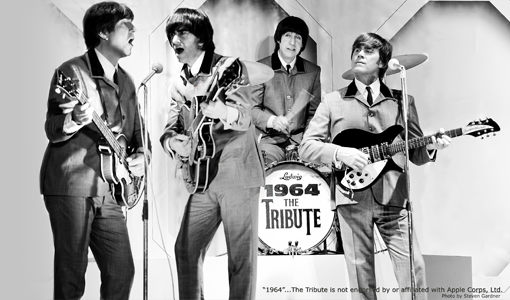 The act that sold out Carnegie Hall…. that has delighted fans around the world….is now coming to Sylvania Ohio’s Centennial Terrace as a fan and family friendly concert event. For over two decades 1964 The Tribute has been playing to sold out venues all over the world and now returns to Centennial Terrace!

This touring theatrical concert experience is without a doubt the finest recreation of an early Fab Four performance to ever go on the road thrilling audiences around the world.

Critically acclaimed as “The #1 Beatles Show In The World !!!” the title is well deserved as every detail from the Beatles early years are captured from the haircut, suits, vintage instruments, and the ultra clear Beatle harmonies to the stage banter between the four lads as they capture the hearts and souls of every audience member.